Canadian photographer Levi Wedel creates his work in series that are thoughtful and concisely edited with a dream like quality to them. Be sure to look at his website as well as his beautiful collection of images curated on his blog. Links to both are at the bottom of this post. I was especially drawn to his Producing Landscape series.  The blending of random organics with geometric framing results in a sort of inverted facade for the eventual completed residence being constructed. As if the house has been turned inside out to expose the surrounding pre-existing site. These images evoke a mixture of elements from the New Topographic school and in particular the work of Lewis Baltz and Henry Wessel Jr. who both focused on the relationship between construction and the immediate surrounding landscape features.

The wood framing stage in the construction of houses presents an unfolding of space, one which enframes the surrounding landscape as much as the surrounding landscape enframes it. This causes a production of landscape—a doubling of the existing landscape through the creation of a simultaneous perspective from the interior of each house, a view in which the outer landscape becomes framed by the space of each interior and reduced to an image.
Likewise, each photograph depicting these internal landscapes reduces this play of landscapes and images into a further image while simultaneously opening a new perspective, a new unfolding of space and landscape in the space in which a viewer observes each photograph. 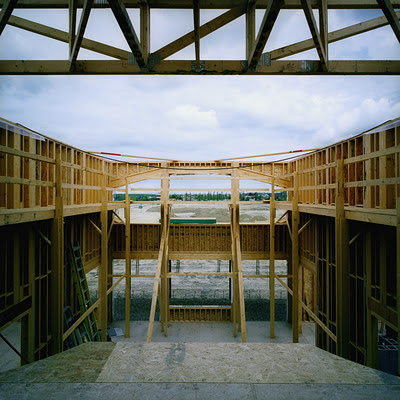 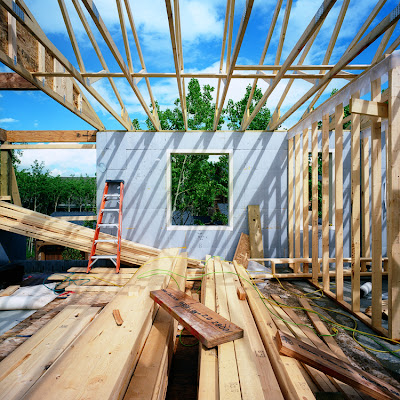 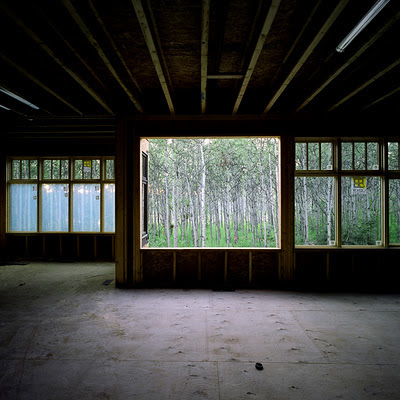 After viewing this series and his other related work, I asked Levi to comment on the continuing and sustained influence of the New Topographic style of photography among many photographers today. He presents a thoughtful an well written response to my query...

I don't see at all how a digital print is fundamentally any less real than a film print. Pixels are somehow less real than grains of silver ?? I think the final product is the same: a two-dimensional rendering of a 3D world.