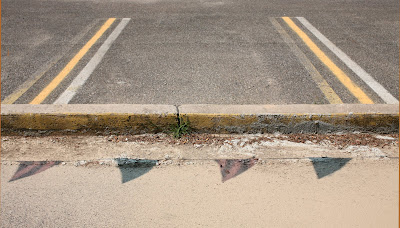 
In the latest of its Notations series, which focuses on contemporary works from its permanent collection, the Philadelphia Museum of Art will pair sculpture from its holdings with selections from the Sonnabend Collection, New York. Notations/Forms of Contingency: New York and Turin, 1960s-1970s, will include important sculptures and installations by 13 artists who figured prominently in the development of both Post-Minimalism and Arte Povera, two of the most significant artistic currents of the late 1960s. Featuring works by Eva Hesse, Robert Morris, Mel Bochner, Alan Sonfist, Bruce Nauman, Mario Merz, Jannis Kounellis, Barry Le Va, Giovanni Anselmo, Pier Paolo Calzolari, Robert Smithson, Richard Long and Lawrence Weiner, this exhibition in the Museum’s Dennis and Gisela Alter Gallery (176) in the Modern and Contemporary galleries will chart the changing attitudes toward sculpture in this formative time period and document the importance of New York and Turin as centers of artistic innovation.

The late 1960s and early 1970s witnessed a dramatic shift in sculptural practice away from the severe geometry of Minimalism towards the eccentric, energetic, and often highly expressive forms of Post-Minimalism in the United States and Arte Povera in Italy. Forms of Contingency will explore the new approaches to sculpture that emerged in New York and Turin at this time, in which a shared interest in process and the resonant use of materials gave way to an amazing diversity of formal solutions. Works on view embody the idea of contingency in their formal configurations and conceptual approaches. Produced by employing an extraordinary array of materials—such as neon, felt, glass, sound, earth, water, and found objects—they evidence a common interest in emphasizing the circumstances in which art is created.

“We are delighted to collaborate with the Sonnabend Collection on this presentation,” said Carlos Basualdo, the Keith L. and Katherine Sachs Curator of Contemporary Art, “This gallery installation represents an extraordinary opportunity for our audiences to be exposed to a number of amazing works, and it brings to light the importance of New York and Turin as centers for important developments in contemporary art.”
In Turin, Arte Povera (whose literal translation is “poor art”) developed in a climate of political and social unrest from 1967 to 1972 and established a visual and experiential practice characterized by employing non-art materials and the engagement of artists in ephemeral activities. In this gallery presentation, works by artists associated with Arte Povera embody these themes, such as Anselmo’s Untitled (1969) in which the concreteness of an industrial steel container is counterbalanced by the transience of evaporating water. In Calzolari’s Untitled (Zerorose) (1970) a row of twenty-nine zeroes in white neon is accompanied by an audio recording in which “zero” is endlessly repeated.

In New York, post-minimal sculpture encompassed a wide a variety of approaches, represented by the diverse sculptural works in Forms of Contingency, including Robert Smithson’s Red Sandstone Corner Piece (1968) and Alan Sonfist’s Earth Paintings (1968-69)—both of which utilize soil as a material, but to very different ends. Gravity plays a key role in shaping both Morris’s Untitled (1968) felt sculpture and Hesse’s Tori (1969). Meanwhile, Barry Le Va’s One Edge, Two Corners; On Center Shattered (Variation 14, Within the Series of Layered Pattern Acts) of 1968 is the product of a prescribed action of shattering twelve sheets of glass and is created anew each time it is installed.

Taken together, the works in Forms of Contingency represent the vitality and spirit of experimentation that characterized sculptural practice in the 1960s and 1970s.
“This installation has given us a welcome chance to develop an art historical context for works from the Museum’s collection that have not recently been on view,” said Erica Battle, Project Curatorial Assistant of Modern and Contemporary Art. “As installed in the Alter Gallery, the works demonstrate a pivotal moment in the history of sculpture, yet they retain a freshness and immediacy that is still undeniably radical today.”

About the “Notations” Series:
Notations/Forms of Contingency: New York and Turin, 1960s-1970s is part of an ongoing series of gallery installations titled “Notations,” named after the 1968 book by the American composer, writer, and visual artist John Cage, who was widely celebrated for his experimental approach to the arts. Cage’s Notations was an international and interdisciplinary anthology of scores by avant-garde musicians, with contributions from visual artists and writers. It was also an exhibition in book form, in which the scores doubled as drawings. The “Notations” series at the Museum serves as a flexible tool to explore contemporary art.
No comments: 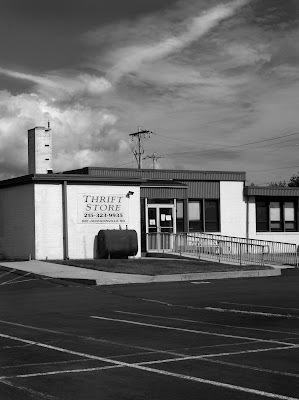 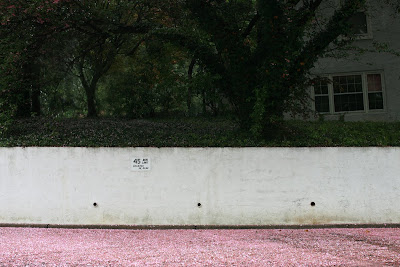 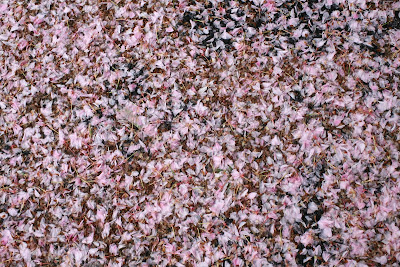 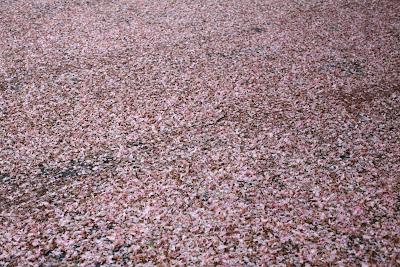 Email ThisBlogThis!Share to TwitterShare to FacebookShare to Pinterest
I love the idea for this exhibit. It seems to fly in the face of convention and tradition, and directly confronts some issues of digital ephemerality. A bit reminiscent of the We Are All Photographers Now exhibit. This would be well worth experiencing first hand.


One Hour Photo distills the photograph to the ultimate limited edition: 60 minutes. Photographic works by 128 artists will be projected for one hour each, after which they will never be seen again, by anyone, in any form. Each work will exist only in the experience, then memory, of the observers. Participating artists—hailing from 13 countries, ranging from amateur to emerging to established—sign release forms pledging never to reproduce, display, or sell the work they've contributed to the exhibition.

The photographs themselves, through a wide variety of styles and subjects, embody the show’s concept: familiar landmarks and cities dissolve into light, former bastions of capitalism fade slowly into obscurity, figures vanish, confessions and farewells are made, strangers are observed,haunting objects float in urban landscapes, even a vilified ex-Vice President makes a fleeting appearance as an amiable jokester at a black-tie event. Just as powerful as the images is the participation of the audience.

In One Hour Photo, photography’s power to capture a moment, to freeze and frame it, is returned to the experience of viewing itself. The observer becomes the camera, recording the moment on the unreliable format of memory. The project ultimately aims to complicate the myth of photography as preservation, manifest the tension between the permanence of the medium and the impermanence of time, and subvert the profit model of the edition and the print.

Adam Good, creator of One Hour Photo, received his BA from American University. A writer, performer, and conceptual artist, Adam has created interactive experiences at the Phillips Collection, the Textile Museum, and Baltimore’s Transmodern festival, and performs regularly in Washington, DC and Baltimore. 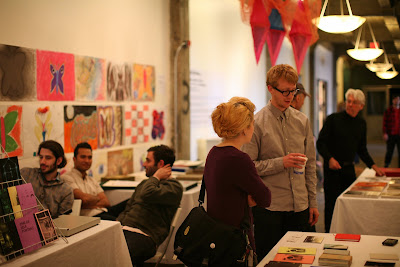 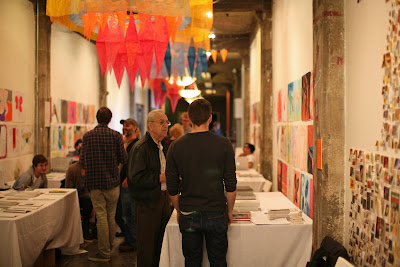 A fun afternoon attending the PPAC Book Fair. Lot's of young artists displaying self published 'zines and photo books, as well as established photographers such as David Graham and fine art publishers like Lodima Press, making for an interesting and eclectic mix. Lovely to see a large variety of hand crafted and small production books in this digital age of mass production. Some of the things that struck my eye... 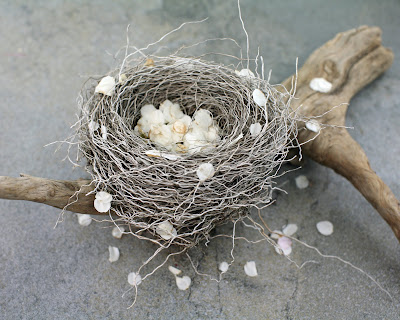 
I could not see him
That fluttering
Fly-off bird...
But the Plum-Petals...
Shiki
2 comments:

Email ThisBlogThis!Share to TwitterShare to FacebookShare to Pinterest
Water & Woods

This sculptural piece is a continuation of the Water & Woods series I have been working on with Jean Fitzgerald.The materials were scavenged from the shores of Lake Nockamixon in Bucks County, Pa. during a morning canoe outing. Paddling a canoe is a very relaxing and meditative process and allows one to observe natural surroundings in a unique way that is not possible if walking along the shoreline. By creating sculpture using materials that can only be obtained by the manual efforts of paddling a canoe and only observable to someone on the water, I am attempting to convey the spiritual elements of being on the water that are beyond the limits of verbal expression. I have combined influences of Wabi Sabi and Jiyuka Ikebana in the making of this piece. Jiyuka is a free form of traditional Ikebana, not limited to flowers, but incorporating any natural materials. In this case I have used the dead flowers of the previous year at the moment just prior to the emergence of this year's buds. These twigs contain elements of the complete life cycle.

Here is an interesting note I found on the Spiritual Aspects of Ikebana...

The spiritual aspect of ikebana is considered very important to its practitioners. Silence is a must during practices of ikebana. It is a time to appreciate things in nature that people often overlook because of their busy lives. One becomes more patient and tolerant of differences, not only in nature, but also in general. Ikebana can inspire one to identify with beauty in all art forms. This is also the time when one feels closeness to nature which provides relaxation for the mind, body, and soul.

Email ThisBlogThis!Share to TwitterShare to FacebookShare to Pinterest
Labels: Spirituality of Photography
The man who took the cheesiness out of cheesecake 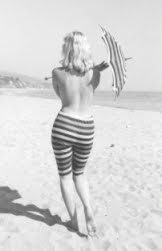 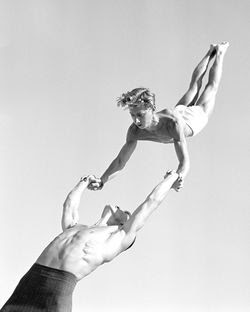 Email ThisBlogThis!Share to TwitterShare to FacebookShare to Pinterest
Labels: Obituaries 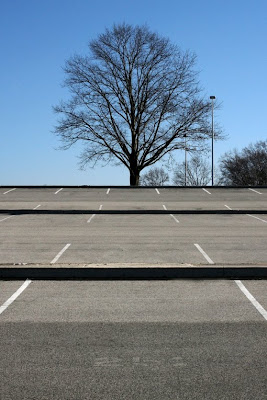 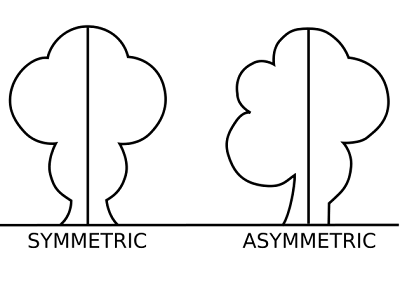 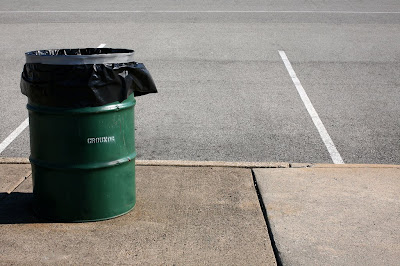 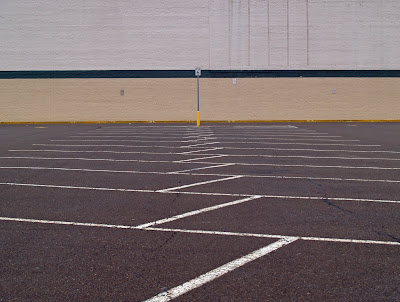 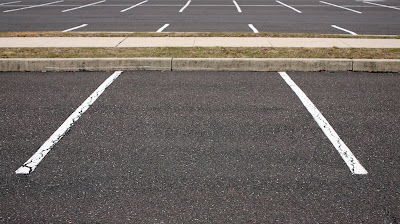 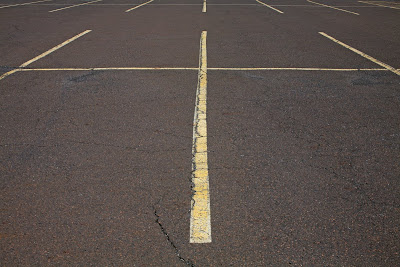