Beautiful images submitted by Polish photographer Ula Wiznerowicz belie the underlying reality of alcoholism that pervades the community and culture in which she grew up. Wiznerowicz spent a year visiting this community of her birthplace, researching the disease of alcoholism in an attempt to understand the impact it has not just on the alcoholic, but the entire family structure as well. I particularly like the fact that in none of her images from this series is there any direct visual evidence of alcohol. No empty bottles, etc. The disease of alcoholism is often hidden from plain sight, and requires sometimes very subtle observation to detect by outsiders. The images are hiding something from us in the same way that families of alcoholics hide the reality of their lives to the outside world.


"Forgotten and useless things covered in dust, emaciated cats running around searching for leftovers, rooms taken over by spider webs and the strong odour of alcohol. These were just part of the chaos I encountered while photographing the village of Palmowo, my birthplace, and its surroundings in the Polish region of Wielkopolska (Greater Poland). This cycle of images depicts a personal journey through the individual stories of men and women struggling with the problem of alcoholism. I decided to create a form of visual narrative to help me tell the story of my past. Although not every person in my pictures suffers from alcohol dependency, each one has, in his or her own way, encountered this problem through their relatives or circle of friends.

For 15 years I was part of that community and, like the majority of these people, I ignored or accepted without protest the situation around me and the inevitable misery of life in this world. Throughout this 12-month project, which I called Behind the Curtain, I carried out numerous interviews with the people I photographed, their families and specialists in the field of addiction, which helped to greatly improve my understanding of alcoholism. This was my way of trying to understand the lives of my former neighbours, who had either encountered these problems or had struggled with them for many years. I know all of the people in my pictures, their wives, children, the interiors of their homes and the views from their windows."

- Ula Wiznerowicz (Artist Statement for Behind The Curtain) 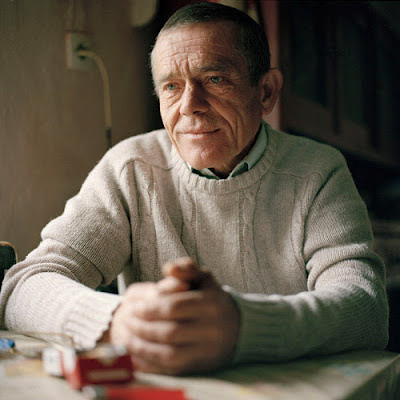 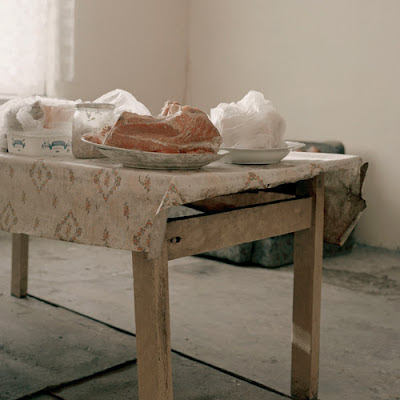 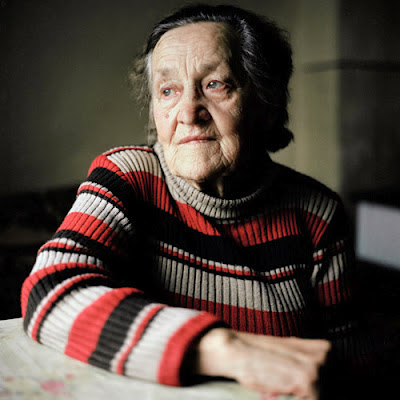 ULA WIZNEROWICZ (b. 1986) studied a BA Hons Degree in Photography at Middlesex University (2010). Her photographs have been exhibited widely with solo shows in Italy, England and Poland.
Working mainly within social documentary photography, Wiznerowicz documents a particularly unique Polish/English perspective using the camera to explore narrative conventions with a powerful subtlety and poise. Her careful handling of subjects and their emotive stories has won her acclaim with most recently a FotoVisura Grant, along with Ideas Tap Portfolio Award in 2012 and Channel 4/ Saatchi Gallery Prize and D&AD Best New Blood Prizes in 2010.