I spent the morning driving through rural Indiana County, Pennsylvania, and stumbled upon the Amish town of Smicksburg. Incredible....instant time travel, and the perfect use of Chocolate film in a vintage camera.

Email ThisBlogThis!Share to TwitterShare to FacebookShare to Pinterest
May 14th, 2008 7PM
I will be presenting my Road Side Memorial series at First Person Arts Salon @ The Gershman Y, 401 S Broad Street, Philadelphia, Pa.
Stay tuned for more details.... 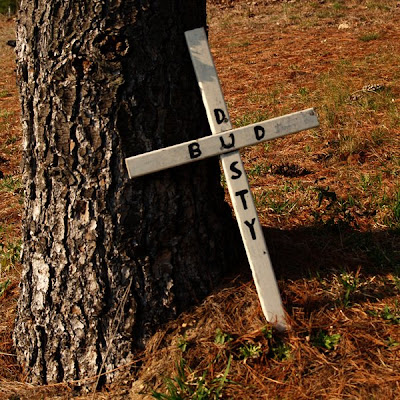 Email ThisBlogThis!Share to TwitterShare to FacebookShare to Pinterest
The colors of Spring..... 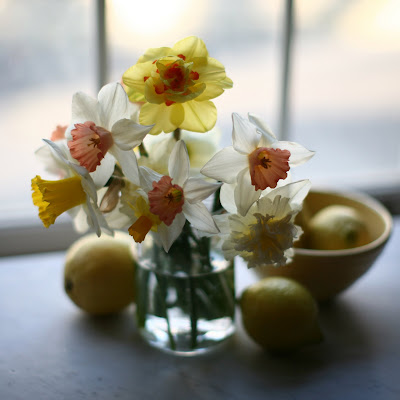 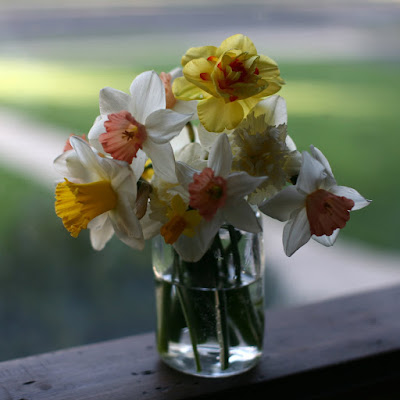 Email ThisBlogThis!Share to TwitterShare to FacebookShare to Pinterest
The same Magnolia tree, 3 ways.... 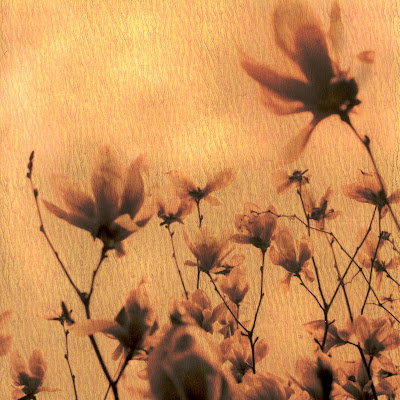 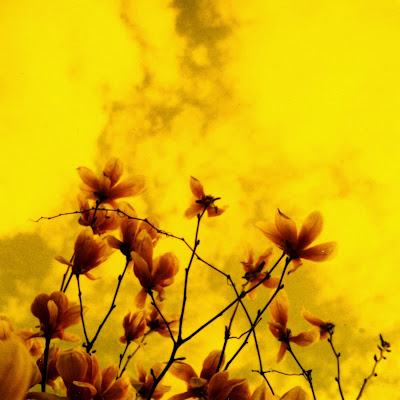 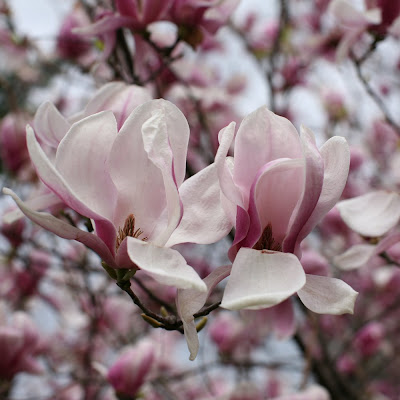 Email ThisBlogThis!Share to TwitterShare to FacebookShare to Pinterest
Saturday April 5th was a special showing of the lost Diane Arbus photographs being presented at Phillips de Pury in New York City as a prelude to the April 8th auction sale. I decided to make an entire day of it, visiting some of my favorite galleries on my way down to Phillip’s location across the street from the Chelsea Market. Here is what I managed to see:

International Center of Photography (1133 Avenue of the Americas at 43rd Street, NYC 212.857.0000)
Barbara Bloom - Exhibit Details
This was the first time I have been disappointed in a visit to ICP. This exhibit is confusing and dull, and I just don’t think ICP should venture towards mixed media shows that offer so little photographic work.
Although I think this exhibit would be well received at a venue such as Philadelphia’s Institute of Contemporary Art, most of the visitors on Saturday didn’t seem to know how to interpret this show.
Archive Fever- Exhibit Details
This show representing artistic explorations of archives, requires several hours to fully appreciate.There is a vast amount of work here, spanning the early 1960’s to the present, including printed material as well as several videos. A deep study of modern documentary truth, prepare to be challenged. 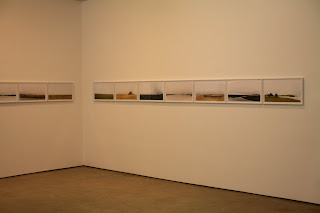 Luhring Augustine (531 West 24th Street, NYC 212.206.9100)
Luhring Augustine web site
Gregory Crewdson Beneath The Roses (April 5 – May 3)
Crewdson’s large scale photographs remind me of epic remakes of Stephen Shore’s road trip photography. These voyeuristic images of small town disquiet were taken in four productions, winter, summer, back to winter, and into summer again. The winter scenes are barren and cold, while the summer images are intensely lush. A must see. 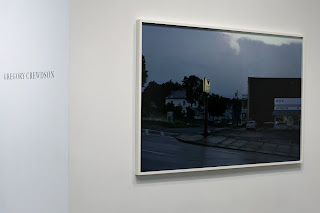 Deborah Bell (511 West 25th Street, NYC 212.691.3883)
Deborah Bell web site
City Portraits (January 19 – April 5)
Anything shown at Deborah Bell Gallery is worth seeing. The tiny gallery is immaculate and always well presented, and Deborah Bell herself is one of the nicest and warmest gallery owners I have ever met. In a city full of aloof and snooty art dealers, Ms. Bell is refreshing. City Portraits is a powerful assemblage of 26 portraits including works by August Sander, Harry Callahan, Gary Winogrand, Lisette Model, and Diane Arbus.

Silverstein Photography (535 West 24th Street, NYC 212.627.3930)
Silverstein web site
Rosalind Solomon (March 1 – April 5)
Here is a mixed media show with the primary emphasis on photography, and documenting the artistic and social struggles and passions of Rosalind Solomon. Very well displayed in the tight confines of this space, Silverstein remains one of my favorite Chelsea galleries with another winning presentation. 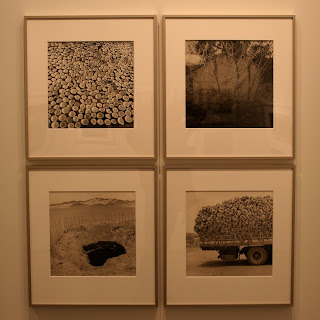 Phillips de Pury & Company (450 West 15 Street, NYC , 212.940.1200)
Phillips de Pury web site
The highlight of the day was the photographic three ring extravaganza I found at Phillips de Pury.I expected to only see the lost Diane Arbus collection, and was blown away by the display of photographs on display as a preview to this week’s auctions of the Arbus work (April 8th) and the collection of Corbeau et Renard (April 9th). This was a mind numbing collection of photography that included works by Helmut Newton, Stephen Shore, Sally Mann, Harry Callahan, Bernd & Hilla Becher, Eugene Atget, Andre Kertesz, Walker Evans, and many others. In addition to this were several rooms devoted to the presentation of the Lost Diane Arbus collection, recently discovered by Philadelphia book dealer Robert Langmuir. Langmuir was on hand to discuss his discovery of this collection of very early work by Diane Arbus at Hubert’s in New York, as well as Richard Del Bourgo, who performed at Huberts in the early 1960’s as magician Richard the Great. Del Bourgo recalls Arbus as beautiful and charming and “there was something special about her”. This quality in Arbus allowed her to connect to the performers in a way that other photographers who visited Huberts never could. Arbus maintained a long personal connection with Hubert’s manager/owner Charlie Lucas. It was Lucas’ personal collection of mementos and documents that Langmuir purchased that contained the 27 photographs now being presented for sale by Phillips. Saturday’s preview and lecture event was co-hosted by First Person Arts, Philadelphia’s memoir and documentary arts company. First Person Arts president, Vicki Solot, was on hand to introduce Langmuir, and most in attendance had traveled to the event as a group bus tour, including Langmuir, PMA Photography curator Kate Ware, and filmmaker David Kessler. 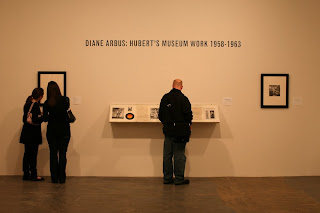 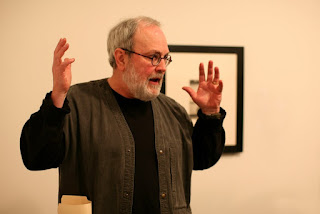 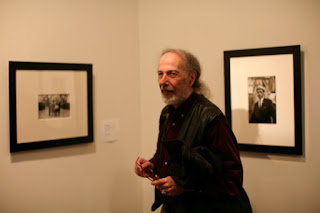 Email ThisBlogThis!Share to TwitterShare to FacebookShare to Pinterest
Labels: Critical Reviews
A couple weeks ago I visited London and Amsterdam, with a full concentration on museum visits.The current exchange rate for the US dollar is awful and since most of the museums are free, I figured it was a great way to spend my time on a low budget. In five days I managed to see: 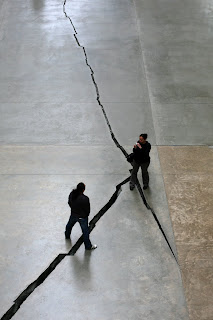 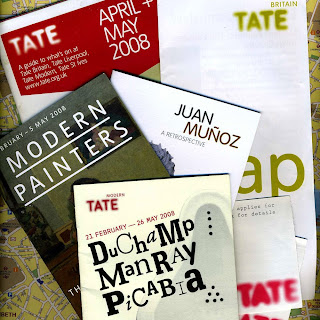 Van Gogh Museum: An incredible collection of Van Gogh's work, and a current exhibit of the work of John Everett Millais, as well as
a photography exhibit of work influenced by Millais' Me, Ophelia.
Me, Ophelia 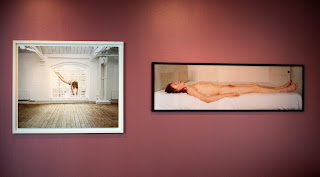 The Photographer's Gallery: Currently showing the four finalists for the Deutsche Borse Photography Prize 2008, Esko Mannikko (the winner),
Jacob Holdt, John Davies, and Fazal Sheikh. I was particularly interested in the work of Jacob Holdt, which was presented as a slide show. The work was from his 1970's road trips across the United States documenting social injustice. I had never seen this work before, and I was fascinated by the similarity of Holdt's
mid 70's work to the current documentary work of Philadelphia's Zoe Strauss.
Deutsche Borse 2008 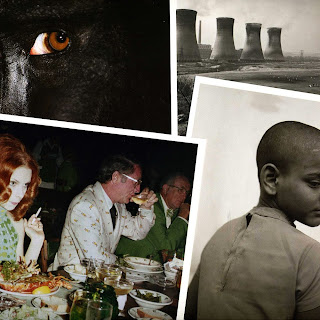 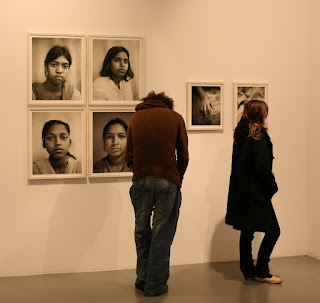 Victoria & Albert Museum: This museum was easily the highlight of my trip. My London guide book called it the best decorative arts museum in the world,and it didn't disappoint. The current primary exhibit is China Design Now, the first major attempt to explore the recent explosion of contemporary design in China.
The focus was on architecture, fashion, and graphic design from three rapidly expanding cities; Beijing, Shanghai and Shenzhen.
China Design Now 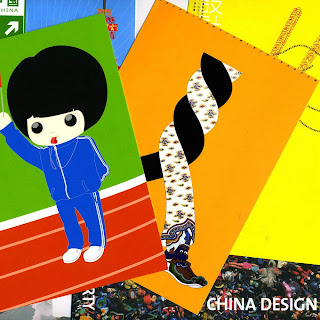