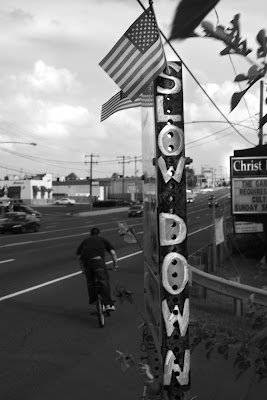 Today is the fifth anniversary of the hit and run death of Ashley Nickerson on Street Road in Bensalem, Pa. This is one of the first memorials I ever photographed, and I have returned to it numerous times. It is always different every time I see it. 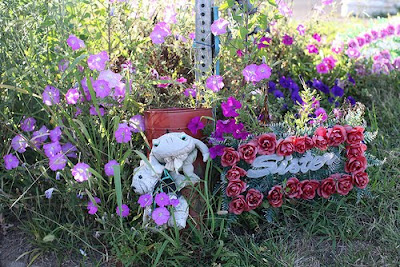 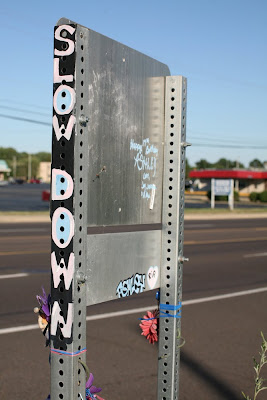 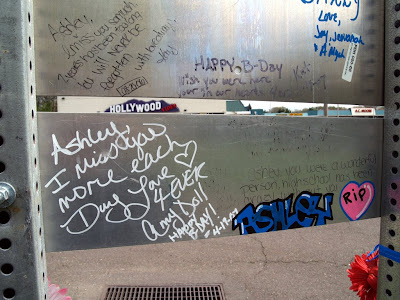 I have collected pieces of driftwood for a few years now, mostly from walks on the beach or pieces I find while paddling in my canoe. This is a piece I found on an island in the middle of the St. Lawrence River a few weeks ago. It has been staring at me ever since just begging to be made into a formal piece of sculpture. The base is out of the Atlantic Ocean, and the dowel is a branch from my back yard Cherry tree.
3 comments: 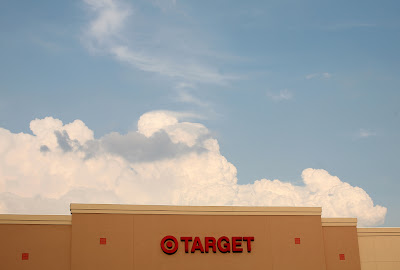 
"... I originally titled the book Suburbanization of the Mind, changing it later to Freewayization of the Mind. Both titles were attempts to suggest what was happening to the way that we think and understand information in the television age; our minds were being channeled and simplified to match the channeled and simplified physical environment- suburbs, malls, freeways, high-rise buildings- that also characterized that period (and continues to do so today)... As a result people would become more passive, less able to deal with nuance and complexity, less able to read or create. People would get "dumber", and have less understanding of world events within an exploding information environment... I considered naming it Cloning of the Already Born, in reference to the way television has homogenized culture throughout the world, a tendency not sufficiently noted by the media pundits. Television was engaging all of humanity in similar thought patterns, similar experiences, similar imagery, and a similar context of reality, which was poisonous to diversity of culture. Soon, we would all be more alike, that is, more like Americans living in Holiday Inns."

Jerry Mander
In The Absence of the Sacred
...discussing his previous book Four Arguments for the Elimination of Television

Mander's thoughts were based on the "exploding information environment" that existed in the mid 1970's. Compare that environment to what exists today...
2 comments:

Email ThisBlogThis!Share to TwitterShare to FacebookShare to Pinterest
Reviews of Shrines & Altars at Gallery Project

The show continues through August 16th 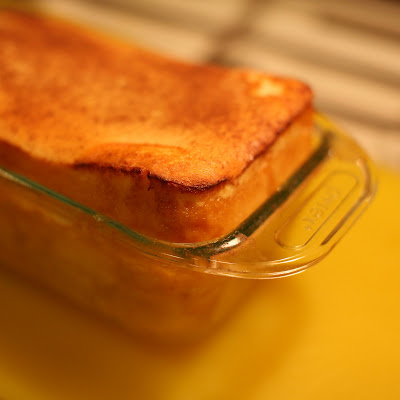 I will probably post little , if at all, on this blog for the rest of the summer. It's prime farming season and most of my spare time is spent tending to vegetables and discovering new ways to cook with traditional slow food methods.

I am posting over at Metro Farming on a regular basis. The only digital photography I am shooting right now is garden harvests and cooking recipes. Come on over and learn how to make your own Scrapple!

I will be at the Vegetable Party at the National Constitution Center in Philadelphia this Friday, August 7th from 12-4 PM. Come out and join us to discuss Urban Farming practices, and the importance of growing and sharing food from our backyards.
No comments: