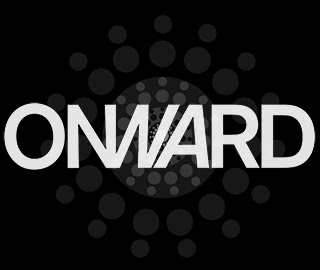 Project Basho is pleased to announce ONWARD ‘10, an annual juried photography competition exclusively featuring the work of new and emerging photographers with unique vision and talent. The theme for ONWARD is open, and any photographic medium from historical processes, traditional silver prints, chromogenic prints to digital prints can be submitted for consideration. Debbie Fleming Caffery, noted documentary photographer and Guggenheim Fellow, will judge this year’s competition.

Selected work will be featured in a group exhibition at Project Basho Gallery in February and March 2010 as well as in Project Basho’s online gallery. Special recognition will be awarded in the form of cash prizes and the opportunity for a two-person show at Project Basho Gallery. Additionally, a selection of artists will be chosen to exhibit their work on Flak Photo , a daily photography website that celebrates the art and culture of photography online. Produced by Andy Adams, the site highlights new series work, book projects and gallery exhibitions from an international community of contributors. 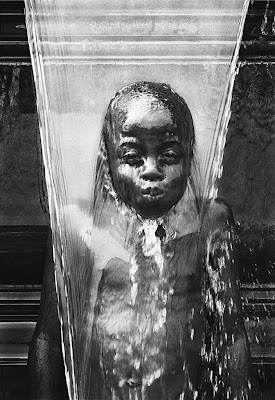 This dovetails wonderfully with the current Common Ground show at the Philadelphia Museum of Art. The next few months provide a city wide opportunity to see first hand exhibitions of the very best examples of Philadelphia based photography and photographers, and this show at the Plastic Club is no exception. 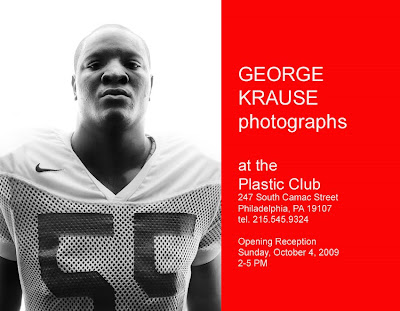 Extravaganza of Philly Photography
No comments:

Email ThisBlogThis!Share to TwitterShare to FacebookShare to Pinterest
Labels: Krause 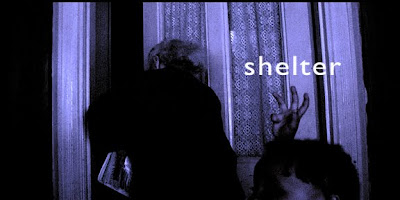 
What does “shelter” mean to you? For some, it’s a tangible physical space. For others, it’s a state of mind where one feels nurtured and protected. In this multimedia exhibition, 14 Philadelphia artists collaborated with ten Philadelphia households, previously on the verge of homelessness, whose homes were restored by volunteers from Rebuilding Together Philadelphia. Exhibit highlights include story portraits of veterans by Daniel Heyman, paintings by Joan Wadleigh Curran, a site-specific video installation by Ricardo Rivera, and photographs by Zoe Strauss. Shelter raises questions about what we really need, and what we discover when we reach through our own comfort zone into the lives of others.

Presented by First Person Arts in collaboration with the Painted Bride. 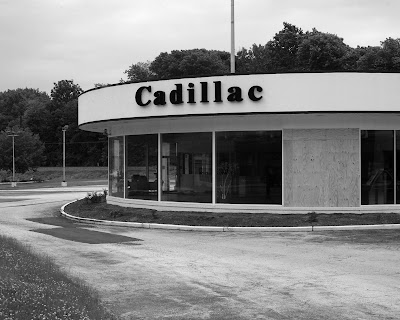 In These Hard Times Cadillac Dealer, 2009

My photo essay was selected for third place in the First Person America competition, In These Hard Times. The work of all of the winners will be on display at Painted Bride Art Center beginning with the opening of First Person Festival of Memoir and Documentary Art on November 3rd, and will be up through the end of December. 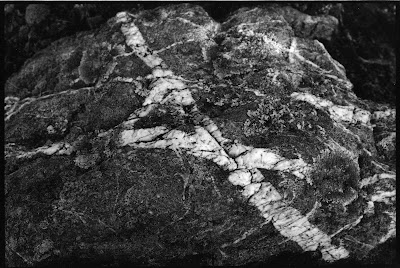 Love being back in the darkroom and working on some of the film I shot over the summer. I notice that I am working at a slower and more deliberate pace than last year, when it was my first time back in the darkroom in many years. Finding a nice sense of balanced focus on producing quality work, rather than just enjoying the excitement and newness of the return to the traditional film experience.

The image above is something I will be working on for several weeks. It is a photograph I took on the Appalachian Trail a couple months ago. Just a rock that caught my eye. A rock at a place that holds enormous significance to me. This spot along the Appalachian Trail is called Bake Oven Knob. It is a well known scenic lookout spot to trail hikers, and it affords gorgeous views of the Lehigh Valley. It is a spot I have visited and camped near for over 30 years. I camped out with friends as a teen. I spent my first solo night in the woods near here. I brought girlfriends here. I got engaged here. I brought my children here and taught them the joys of camping out.I came here in the midst of divorce and re-discovered the power of a night alone in the wilderness.I have continued to re-visit this place as often as possible and never leave it without a sense of rejuvenation and spiritual uplift. I have often said I want my ashes scattered into the wind from this place.

So I want to work on this print with care and diligence and create an art work that will become a symbol of that significance, and a meditative reminder. I spent the entire three hour darkroom session on Tuesday night working with two frames, comparing the slightly different perspectives and details from each, and in the end chose the image above. It was only after tacking a test print on the wall and studying it for awhile that I noticed the profile of a face on the right side. The image I was seeing from memory was a Polaroid portrait I took of my sleeping son a couple years ago. I came home last night with the print and compared the two images and confirmed it. It's uncanny. 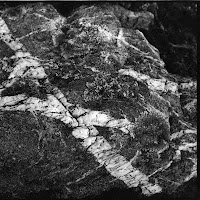 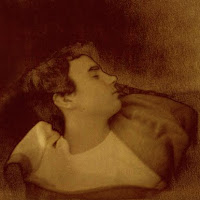 I took this photograph purely because of the bold quartz veins that streak through this granite rock in the center of the frame. That is all I saw and focused on. The image of my son... (or me, as symbolic self portrait), was there the whole time. Just as a part of my spirit/soul is always at Bake Oven Knob.
No comments: 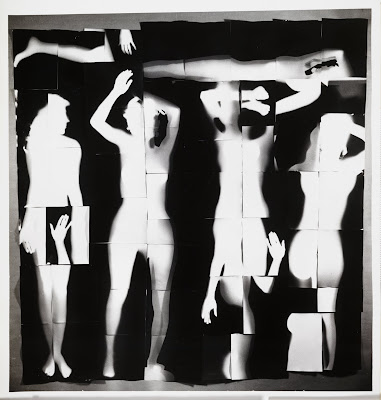 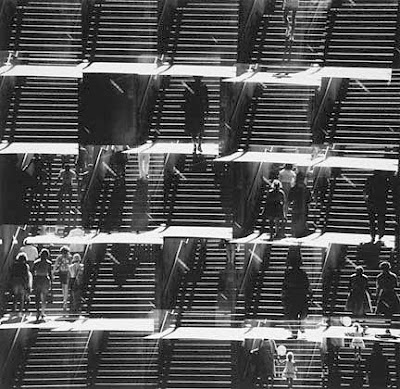 
Here is the press release from the Philadelphia Museum of Art for the current exhibit Common Ground: Eight Philadelphia Photographers from the 1960's and 70's

The 1960s became a critical period for photography in Philadelphia, as artists including Emmet Gowin, Will Larson, and Ray K. Metzker came to teach in some of the city’s renowned art schools, bringing experimental approaches to the medium. The Philadelphia Museum of Art presents Common Ground: Eight Philadelphia Photographers in the 1960s and 1970s, an exhibition that explores the work made by these internationally acclaimed artists along with superb work by lesser-known figures, including some of their students, who pushed photographic experimentation to explore both the medium itself and the social and sexual politics of the era. In addition to highlighting eight strong bodies of work, the exhibition demonstrates the rich exchange of ideas that took place within the city's artistic community. It will be on view through January 31, 2010 in the Julien Levy Gallery at the Museum’s Perelman Building.

“The high concentration of students and young artists working in Philadelphia in the 1960s and ’70s created an atmosphere of vitality and openness that is evident in the work they produced,” Curator of Photographs Peter Barberie said. “Although the work is extremely diverse, there are some common themes that overlap and echo in interesting ways.” Barberie curated the exhibition along with Julia Dolan, the Horace W. Goldsmith Curatorial Fellow.

Sol Mednick was part of a generation of Philadelphia-trained photographers, including Arnold Newman and Irving Penn, who in the 1930s studied at the Philadelphia College of Industrial Arts with the legendary magazine editor Alexei Brodovitch. A successful commercial photographer, he founded the photography department at the Philadelphia College of Art (PCA), now The University of the Arts, in 1953 and was instrumental in creating a photographic scene in Philadelphia. Mednick not only mentored his younger peers – including Ray Metzker, whom he hired to teach at the school in 1962 – but enthusiastically absorbed their innovations.

Larson established the photography department at Temple University’s Tyler School of Art in 1968, while Gowin joined the staff of Bucks County Community College in 1971. Both brought an emphasis on formal experimentation as a means of exploring the potential of the photographic medium. Gowin’s skillful use of poses, gestures, and compositional elements enhance the sense of mystery and potency in his extended series of family portraits. Larson, in his 1969 series Fireflies, used an early version of the fax machine to combine images, sounds, typed text, and other data, resulting in powerfully abstract imagery.

Into this lively scene came a host of younger photographers, many also drawn by the numerous art schools as well as the city's openness to emerging talents. David Lebe began his undergraduate studies at PCA in 1966 and taught there from 1972 to 1990. Catherine Jansen came to Tyler as a graduate student in 1974. Will Brown studied at the University of Pennsylvania with the photographer/filmmaker Rudy Burckhardt in 1966–67. Carol Taback, who trained as a painter, turned to photography in 1977 when she began making photo-booth portraits.

Although their formal concerns and strategies sometimes overlap, these eight artists produced strikingly different work. Metzker, Mednick, Larson, and Taback all explored multiple- or time-lapse exposures. Lebe, Jansen, and Taback combined experimentation with personal and sometimes provocative content that reflected the times. Jansen approached to the history of women’s crafts and their traditional creative sphere, the home, from a feminist perspective, creating wall hangings and room installations based on domestic interiors. A number of prints are included from Lebe’s “Scribble” series, sometimes referred to as light drawings, in which the figures are outlined by a handheld flashlight and seem to radiate erotic energy. Taback used a photo booth to explore sequencing and visual patterns, while also underlining the voyeuristic qualities of the medium.

Of the artists in the exhibition, Brown was the only one to engage in street photography, the dominant mode of the period. His portraits of sparse or empty storefronts and street corners in his Queen Village neighborhood are subtle and evocative. Rather than composing a narrative his images form a body of discrete, momentary records of the city around him.

In conjunction with Common Ground, the Museum will host “Café Night at Perelman: Philly Photographers” on Thursday, October 22, from 5 to 7 p.m. Visitors may enjoy a glass of wine in the Perelman Café, explore the exhibition and adjourn to the Museum’s Library for live readings by noted poet and professor Thomas Devaney, who will highlight exceptional passages by Philadelphia writers of the 1960s and 1970s. Tickets are $7 ($5 members) and are available online at: www.philamuseum.org or at 215-235-SHOW.

Email ThisBlogThis!Share to TwitterShare to FacebookShare to Pinterest
Labels: History of Photography 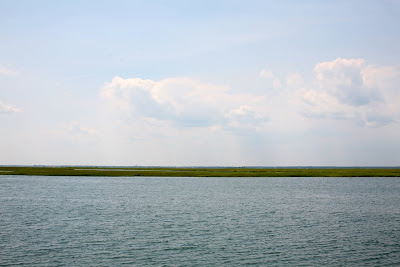 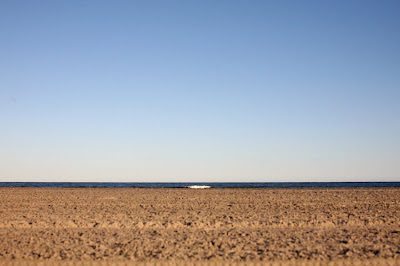 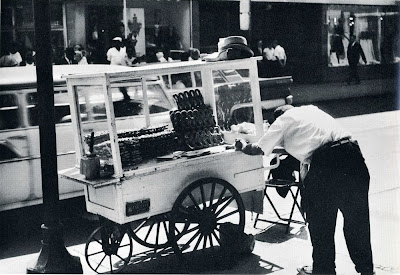 
Philadelphia: The Unexpected City
No comments:

Email ThisBlogThis!Share to TwitterShare to FacebookShare to Pinterest
There are some really fantastic photography exhibits in Philadelphia right now, all related to contemporary Philadelphia photographers from the 1960's to the present, including Emmet Gowin, Ray K. Metzger, Sol Mednick, Andrea Modica, Sarah Stolfa, and Zoe Strauss, as well as a very promising first exhibit at PPAC of emerging Philly photographers. Huge kudos to go out to Peter Barberie, Liz Spungen, Martin H. McNamara, and Sarah Stolfa for co-ordinating this city wide photographic experience. Visit these four exhibits and you could almost qualify for a Masters Degree in Contemporary Philadelphia Photography! 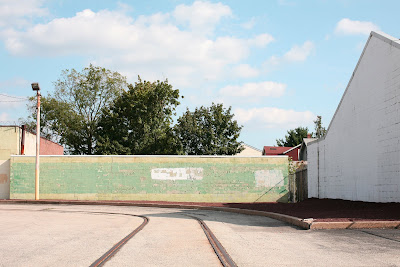 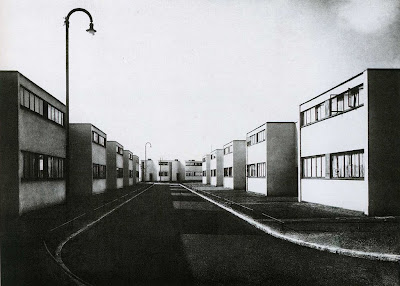 What catches the eye
No comments: 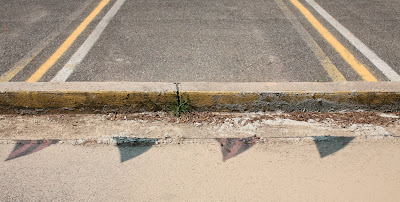 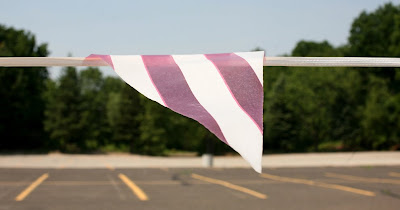 Email ThisBlogThis!Share to TwitterShare to FacebookShare to Pinterest
"The point is, what you have to say and how to say it". 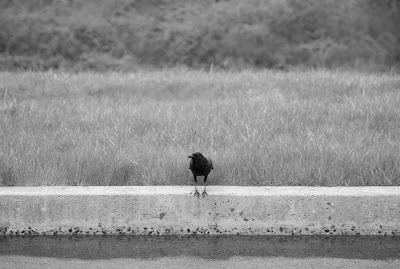 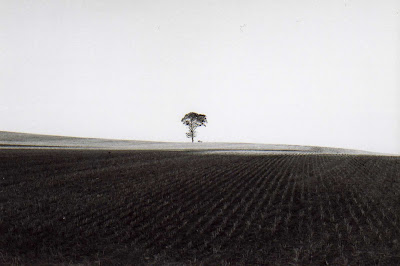 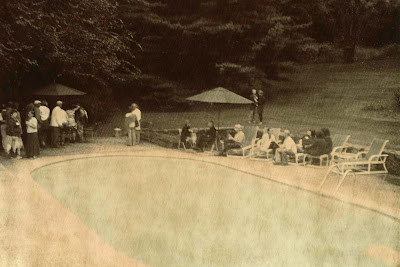